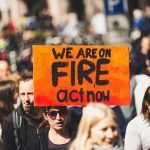 As we near election season, there’s a lot of chatter on social media related to politics. It seems like practically everything you could have an opinion on is politically charged. On top of that, everyone’s passion, excitement, and fears are at all-time highs. So mix in everyone’s favorite virtual soapbox, social media, and things can definitely get interesting.

We all have opinions on issues, current events, and, of course, politics. So it can be tempting to tweet something out when you get irked about something you hear about in the news or respond to a Facebook post that you disagree with. But if you own a business, you need to be careful. When you make a political statement online, at best you won’t turn away customers. In some rare cases, you might gain a customer or two – perhaps a competitor shared an opposing view and turned away someone who is now open to you. But you’ll most likely lose business.

I have no idea where most of the people I purchase services from lean politically, and I’m good with that. Like most people, I have my opinions and am very passionate about some of them. I’m also open to listening to other points of view and respect that others may think differently. But those types of conversations are ones that I reserve for family and close friends.

When you own a business, you really need to think about the messages you’re sending over social media. If it doesn’t help you get more business (or advance a goal such as increasing awareness of a charity that you work with), then don’t post it. Yes, in the heat of the moment it can be tempting. Shortly after George Floyd’s death, a local business owner posted comments that many found insensitive to the issue. He was eventually forced to step down from his role within the company that he started. Had he just kept his virtual mouth closed, he’d be still running his business and people would not be boycotting his business.

So if you feel you must say something and get it out of your system, write it out on a piece of paper. Then pretend your shredder is a mailbox and put it in there. You’ll get it off your chest and you won’t lose any business.