Should You Care about Apple’s IOS 14.5 Upgrade?

JVF Solutions is your premier source for all things online. From responsive websites to digital marketing services to online marketing strategy, we've got you covered.
 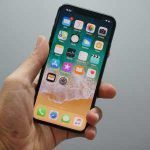 IOS 14.5 was released today. If you’re an iPhone user or you run ads on Facebook, you should care because it could have an impact on you. Software companies, including Apple, release upgrades all the time. Folks that use Apple products will find some cool features in this update (such as using facial recognition while wearing a mask). Digital marketers that run ads on Facebook may not be so lucky as it allows users to opt-out of application tracking. It’s called the App Tracking Transparency framework and will alert users when an app wants to track them.

Facebook took out full-page ads in several newspapers asking Apple to not make the update. After all, Facebook is in the business of collecting data on users to sell targeted advertising. Sounds pretty innocent, right? If you don’t drink beer, you don’t want to see ads for Budweiser, correct? But it goes much deeper as Facebook has tracking code on thousands of websites, and they use it to collect detailed data on you such as:

The reason Facebook ads are effective is because of this targeting. If you read an article about the TV series Cobra Kai, you’ll be greeted with ads for t-shirts or details about the upcoming season. Some people are okay with this, but others like their privacy and have concerns over what companies like Facebook do with their data.

If you don’t think it impacts you, think again. The goal of most sites and applications is for you to keep using them. America Online started it all as your gateway to the internet with the web, email, and messaging all in one nice package. So you’d never have to leave the app. But back then, you had to dial into AOL which tied up your phone line. You’d be online for a couple of hours at most.

Facebook is more significant because you’re always connected and they collect data. They use this data to show you more of the content they think you’ll interact with. Have you ever tried to just check Facebook quickly, only to get sucked into reading a post, which then got you to read another post, and then another until two hours have passed? Facebook is designed that way.  So if 60% of users decide to stop allowing them to collect this data, that means that the average user could potentially spend less time on the site. It also means that the ads will be less effective as they will have less data to go against. When the ads become less effective, demand goes down which brings down ad buys and revenue.

Probably not. This will definitely have an impact, but the jury is still out on how big that impact will be. Facebook can still collect data from its own services.

How this impacts your business:

You may find that your Facebook ads don’t perform as well as they did before the update. Keep an eye on your reports to see if you notice any downward trends. You may notice no impact at all – your target market may not use iPhones or the type of data Facebook needs for ads is not impacted.

Try this at home:

If you don’t think Facebook is tracking you, try this experiment. Think of a product that you wouldn’t typically use. For example, if you live in an apartment, pick a lawnmower. Spend 10 minutes online searching for lawnmowers but stay off of Facebook during your search. Search for the top lawnmowers, lawnmowers on sale, and lawnmower repair. Then log into Facebook and notice the ads that you see.

Seven Tips to Create The Best Website for Your Business

Creating a website for your business is an effective way to reach more customers and promote your products and/or...

Consistency Could Be The Missing Ingredient From Your Digital Marketing Strategy

Whether you’re looking to become YouTube famous or just trying to send some traffic to your website, social media will...

Increased website traffic has a number of benefits. The more people that come to your website, the more opportunities...